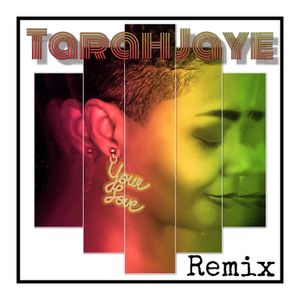 "When you've been touched by music, it becomes a part of you that cannot be muted."-Tarah Jaye

Despite being put on hold several times, music kept finding its way back to her.  Tarah Mannery, a.k.a. Tarah Jaye, was born and raised in Mississippi, the “Home of the Blues”, with music deeply rooted in her spirit.  An early interest in the piano is what started this compelling journey.   Tarah began piano lessons as a child, but her teacher’s “finger slapping” techniques clashed with her easy-going learning style.  So, she quit lessons but taught herself how to play.  By the age of 13, she had become the temporary pianist for her church in a small church located in Jackson, MS.   This soon developed into a love for the flute, which she became very proficient and continued to nurture up until her graduation from Jackson State University (Jackson, MS).  Tarah was rewarded with many accolades and positions throughout her High School and College years such as City and State First Chair player, Section Leader, and Drum Major. (Concert, Marching, and Jazz Bands).  Because Tarah’s love for music was just as strong as her passion to help people, she put music on the shelf to pursue a career in medicine.

Tarah graduated from Washington University (St. Louis) with a Master’s in Occupational Therapy, but she always had a burning desire to get back into her music.  That opportunity surfaced again when she married a musician and inherited the role of manager of his band, Eclectik Soul (2007-2010).  While working full-time as an Occupational Therapist, Tarah helped the group to excel and blossom into national/ international recording artists selling cds all over the world (US, London, Japan, Netherlands, etc).  They opened for R & B artists such as Eric Roberson and Musiq Soulchild at legendary night clubs, SOBs (New York) and Ashford and Simpson's Sugar Bar (New York).  She was instrumental during the production of all 3 of their music albums from the creative process, music production, and cd album design.  Unfortunately at the height of the band’s career, she got divorced, and the band broke up. After years of picking up the pieces, Tarah dusted off an old keyboard and started playing again.  Her experience with writing poetry, playing musical instruments, managing artists, play-by-ear talents, music arrangement, and music production were all leading up to the powerful force that she is today.  She stepped out on faith and created her own music production company called, "Lyfe Artistry Productions" where the birth of "Tarah Jaye" finally took place.

Tarah’s influences are Marvin Gaye, Brian Culbertson, Kem, Charlie Wilson, Maxwell, and Jill Scott.  Her musical flavors include touches of Jazz, R & B, Soul, Pop, and some orchestral sprinkles throughout her music.  Tarah aspires to become a common name among songwriters and add to the growing roster of female music producers.  Tarah Jaye's new single, "Love Yourself", is already sending good vibes into the universe and is creating a stir even before its release in July 2021.  She released her first album, "Love, Loss, & Liberty", end of August 2022! This creative and emerging songwriter, composer, and producer is on the rise to becoming a force to be reckoned with in the music industry!